A group compaigning against various New Zealand government policies ran a couple of adverts in The New Zealand Herald newspaper on "Star Wars Day" (Wed, May 4, 2022). The politics behind them of course won't mean anything to anyone outside New Zealand (nor most people in New Zealand for that matter), but just for the sake of interest of Star Wars happenings in other countries, I thought I'd post them here.

I wonder if Lucasfilm knows their product has been hi-jacked, albeit parody-style, for political purposes.

The first, small banner advert was at the bottom of the newspaper's front page ...

while the second was a full page advert on page 13 ... 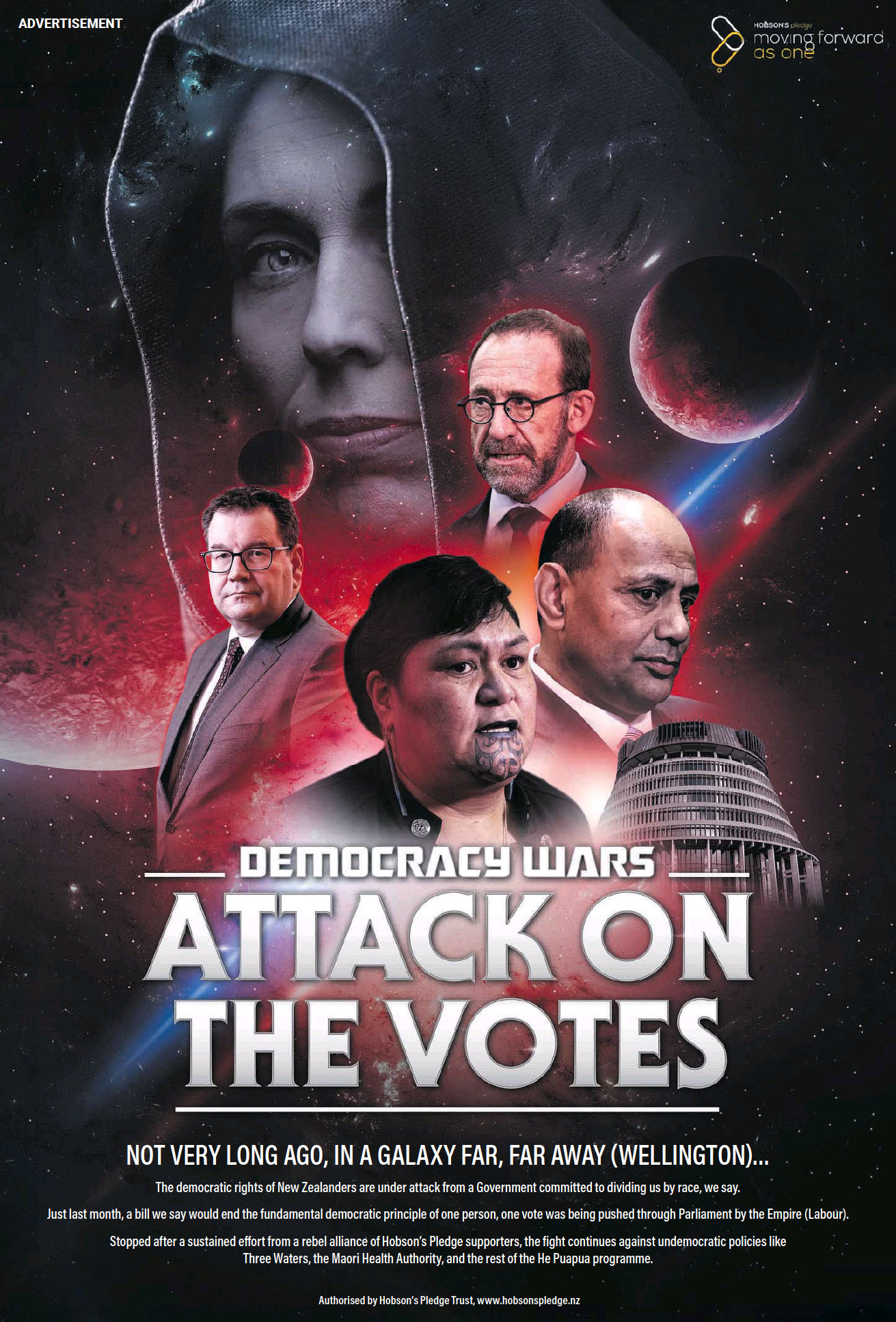 ​
The people in the adverts are New Zealand politicians in the current Labour government - in the large advert, they are: